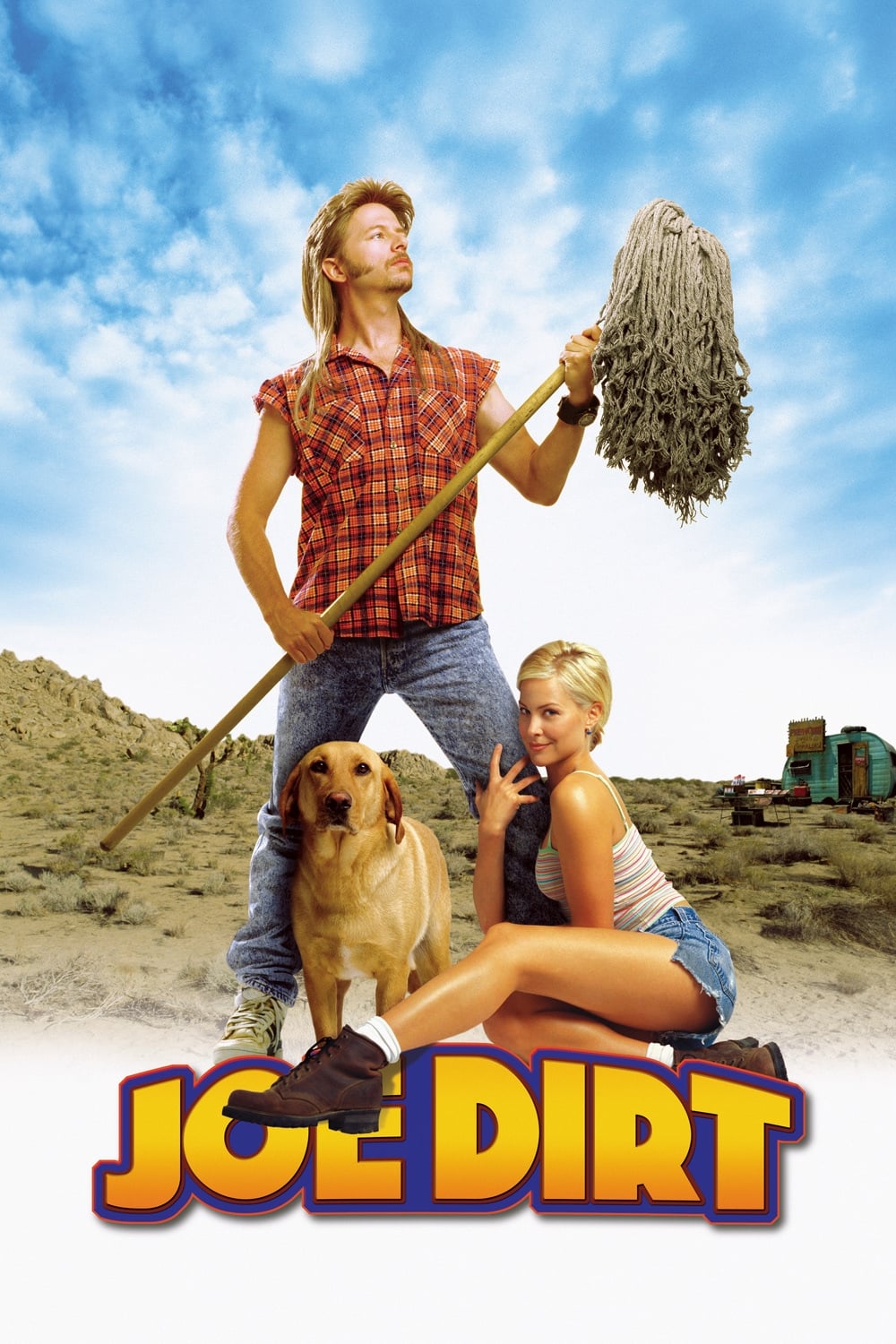 Joe Dirt is a janitor with a mullet hairdo, acid-washed jeans and a dream to find the parents that he lost at the Grand Canyon when he was a belligerent, trailer park-raised eight-year-old. Now, blasting Van Halen in his jacked-up economy car, the irrepressibly optimistic Joe hits the road alone in search of his folks.